Chickens on the Playlist 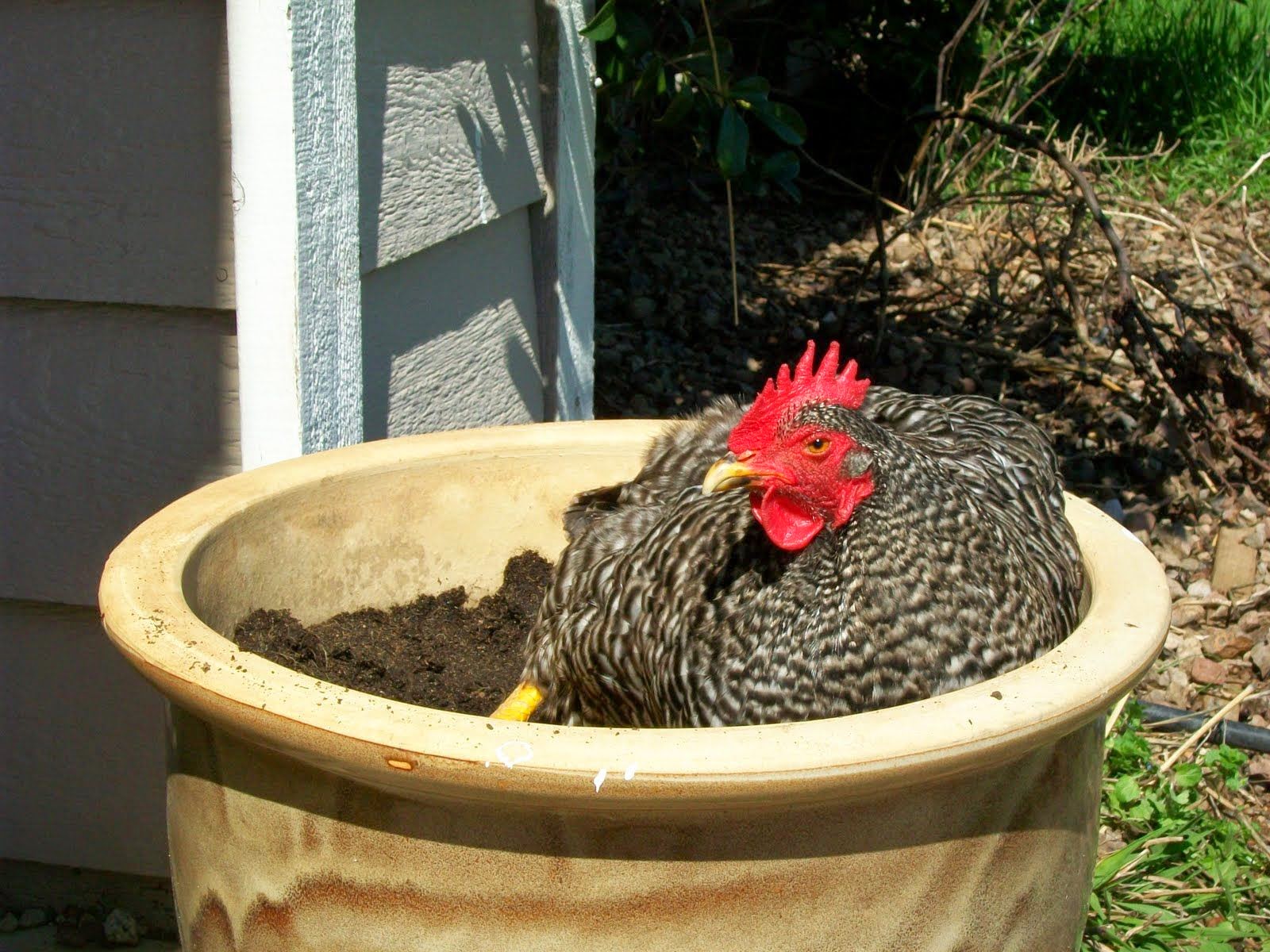 Many years ago there was a middle-of-the-night commotion in our chicken yard. I hopped out of bed and found 14-year-old Max in the hall, "Something's messing with the chickens," he shouted, "let's go!"

Max was clad in underpants and brandishing a huge Claymore sword that he bought at the Renaissance Faire. I was armed with a flashlight. We set out to see what was so upsetting to our laying hens.

What we found was a possum. And a song.

Possum in the Hen House is on our playlist for out July 1st  gig at the Sundial Music Festival. Still Married plays at 7, followed by The Torpedoes at 8, so wear your dancing' shoes.

Posted by Erin at 3:00 PM No comments: Links to this post

A couple years ago I read “The Last American Man” – Elizabeth Gilbert’s biography of Eustace Conway, a man who escaped to the wilderness, lived off the land and encouraged others to do the same. If you’ve read “Eat, Pray, Love,” then you know Elizabeth Gilbert and she plays a part in Eustace’s story.
Hitching rides is also part of Eustace’s adventure, and at one point, a hitchhiker explains his secret for getting drivers to stop to pick him up. There’s a single word you can write on your sign that virtually guarantees a ride.
I loved the story and filed it away – sure that one day I could turn it into a song. 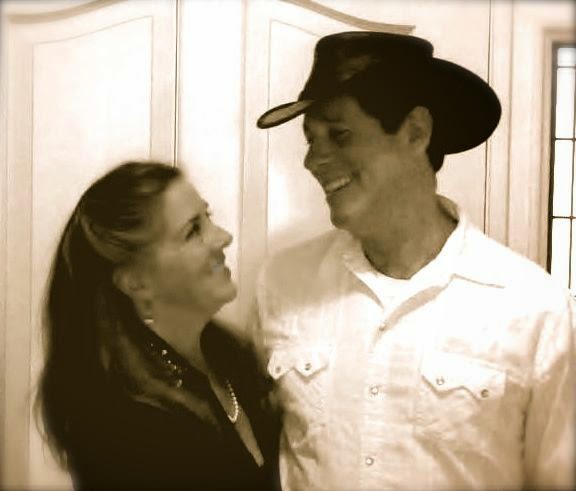 It's on our playlist for the Sundial Music Festival on July 1st at 7 PM. We're ordering up a cool river-breeze for you, and there will be food trucks and beer. Torpedoes play at 8. Should be great fun.


Posted by Erin at 7:00 AM No comments: Links to this post

When a teenage boy produces his parents' music video....

Max was 16 years old and the only one in the family who owned a video camera back in 2008, so we were at his mercy when we asked him to produce a video for our song "Shut Up in the Key of G."

The kid did a good job for us -- though he may have had a little too much fun. 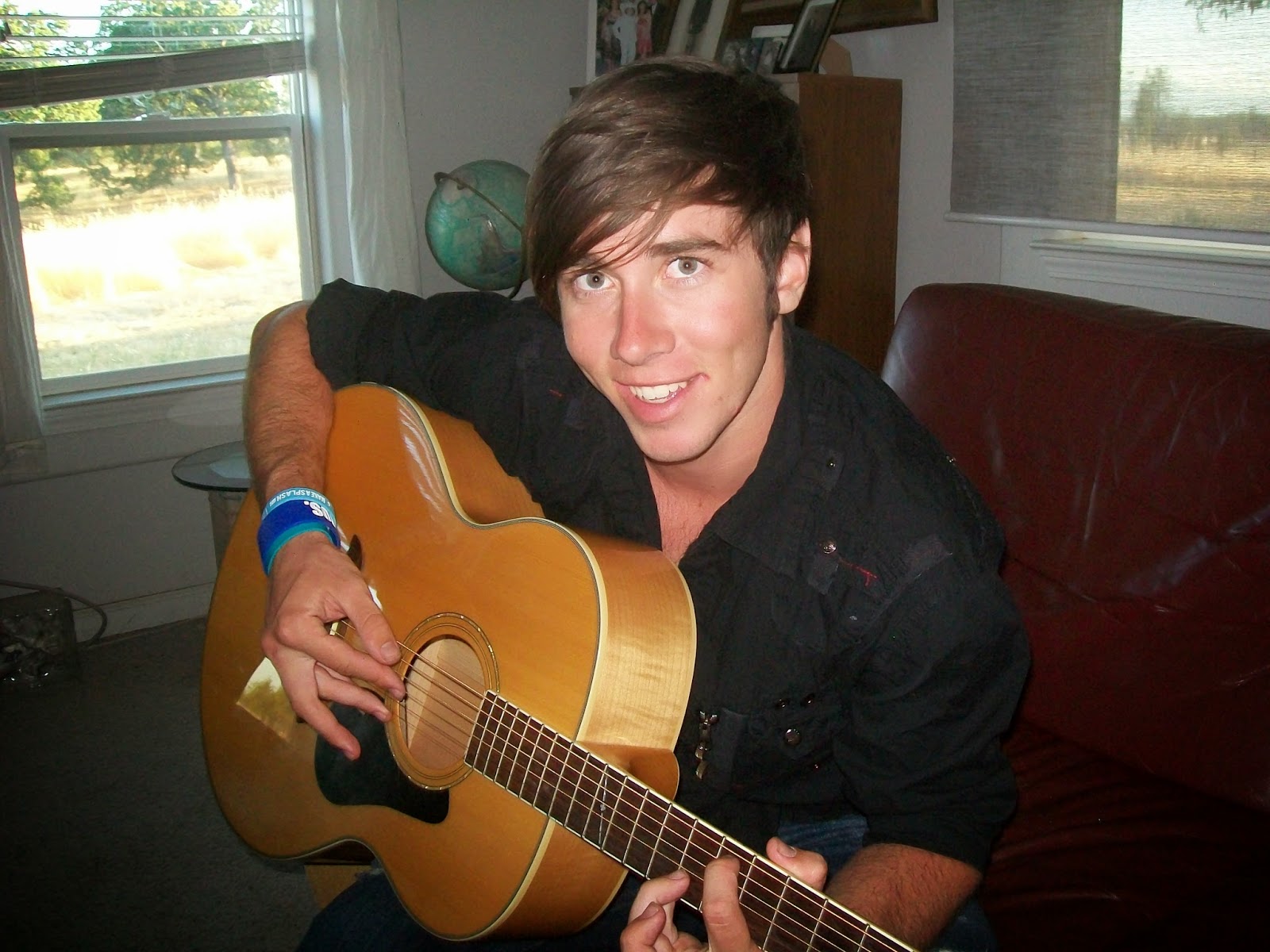 This is the song we close out our shows with - we'll be playing it at the Sundial Music Festival at 7 PM on Tuesday evening, July 1st.  Join us for this celebration of the Sundial Bridge's 10th anniversary -- But please refrain from throwing things, unless it's large bills.


Posted by Erin at 4:00 PM No comments: Links to this post

Well....OK, it's not exactly "My Highway," but last year,  after I lost my Dad, I found myself using my daily Drive Time for crying.  It worked out well, because I could sob privately, in peace, and by the time I got where I was going, I was ready to face the world. 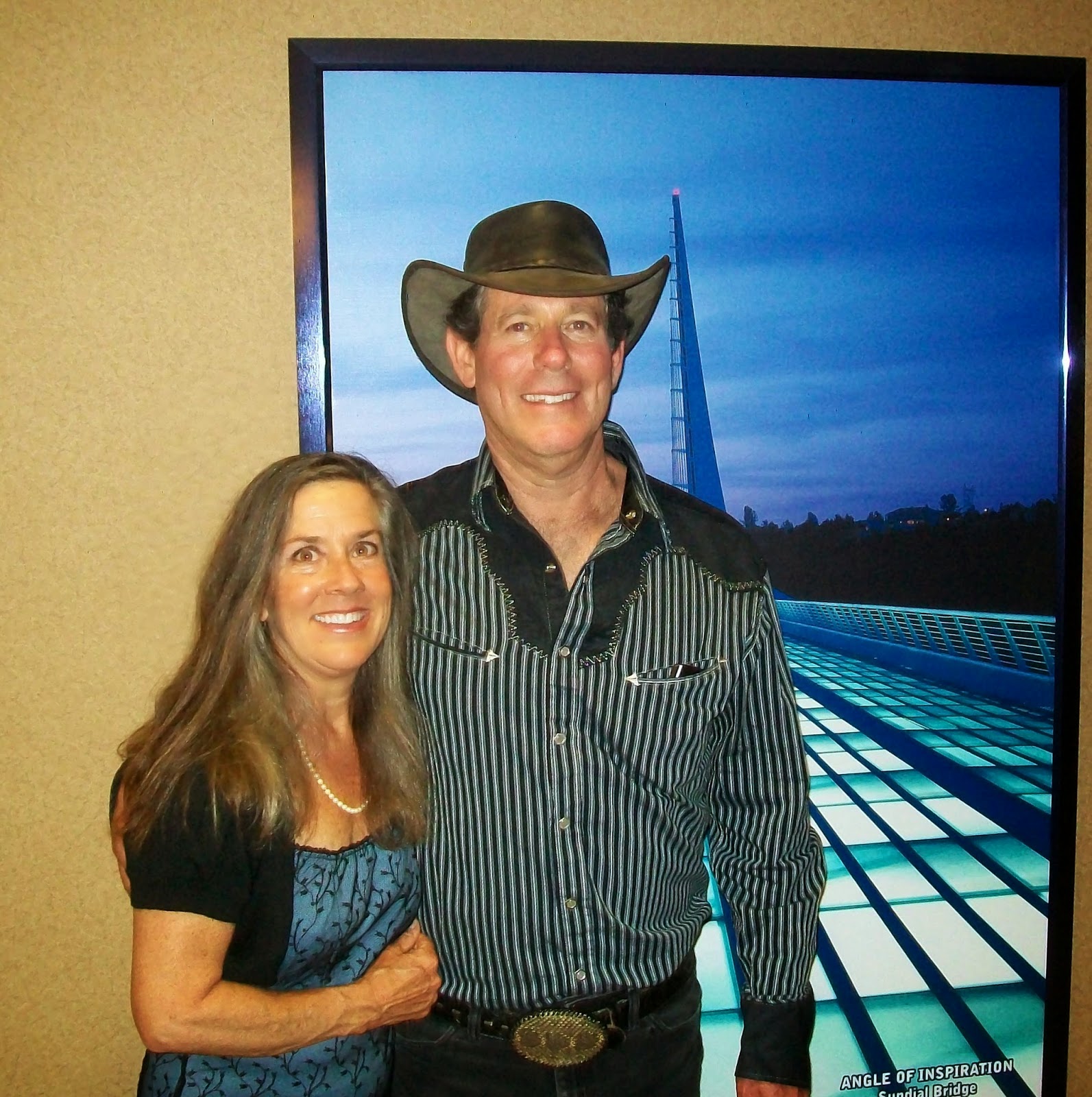 I came to call that stretch of road between home and work my "Cryin' Highway." I wanted to write a song about it, but I didn't want to write a sad, heart-wrenching ballad, because I truly believe that tears are healing and getting past grief requires attending to the emotional details - even when they wreck your mascara and make you look all puffy.

And besides, Dad liked rollicking, fun tunes, so I owed him something up-beat.

The song I came up with is "Cryin' Highway." We debuted it a few weeks ago and it's on the playlist for our set at the Sundial Music Festival on July 1st.


Posted by Erin at 4:58 PM No comments: Links to this post

The Sundial Bridge is one of those places that continues to inspire and delight me. My daughter was a volunteer with Turtle Bay in 2004 when the bridge opened and was one of the first to get to cross it. Since then,  I get out there every chance I get. 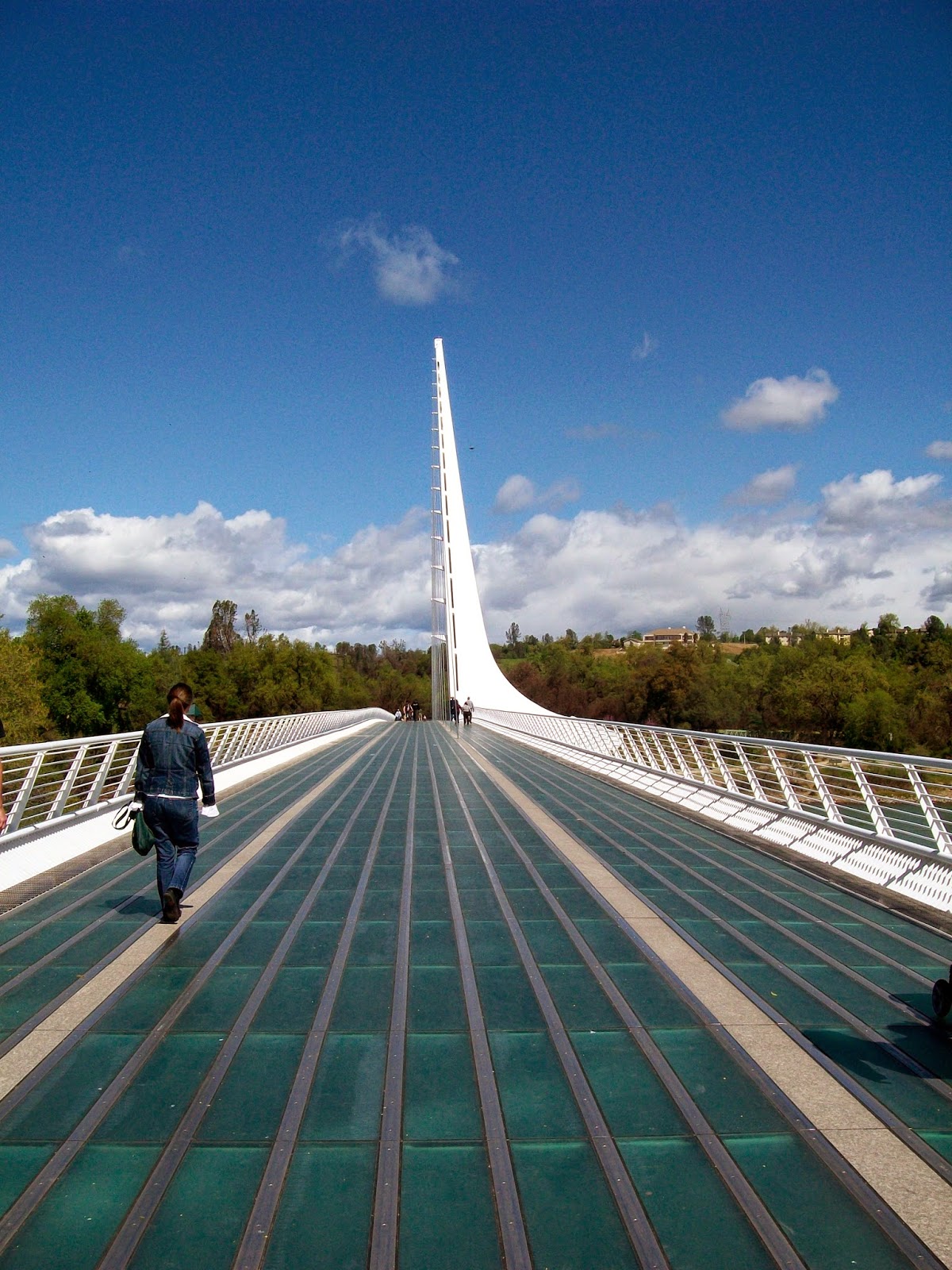 I've found a lot songs on that span and on the adjacent River Trail, including Under the Sundial Bridge and River Whispers.  So we were delighted to be asked to perform some of our tunes during the Sundial Music Festival,  part of the Celebrate 10 festivities.

The Riverfront Amphitheater is a cool, grassy slope above a stage that sits just off the river bank,  it's north of the Convention Center, between the Sundial Bridge and the Boat Ramp.   It's a perfect spot to share our locally-inspired tunes.

In addition to music, you'll also find a beer garden and food trucks with all sorts of goodies available.

Still Married will perform on Tuesday, July 1st, at 7 PM at the
Riverfront Amphitheater.

This tune is on our playlist for the Sundial Music Festival - hope to see lots of friends there for  this is a momentous occasion. Ten years of beauty, grace and inspiration is well worth a grand celebration.

Posted by Erin at 3:30 PM No comments: Links to this post

Last night Craig and I had the honor and pleasure of performing as finalists in the Celebration of the Song event, produced by Chico radio station KZFR, hosted by Joe Craven. 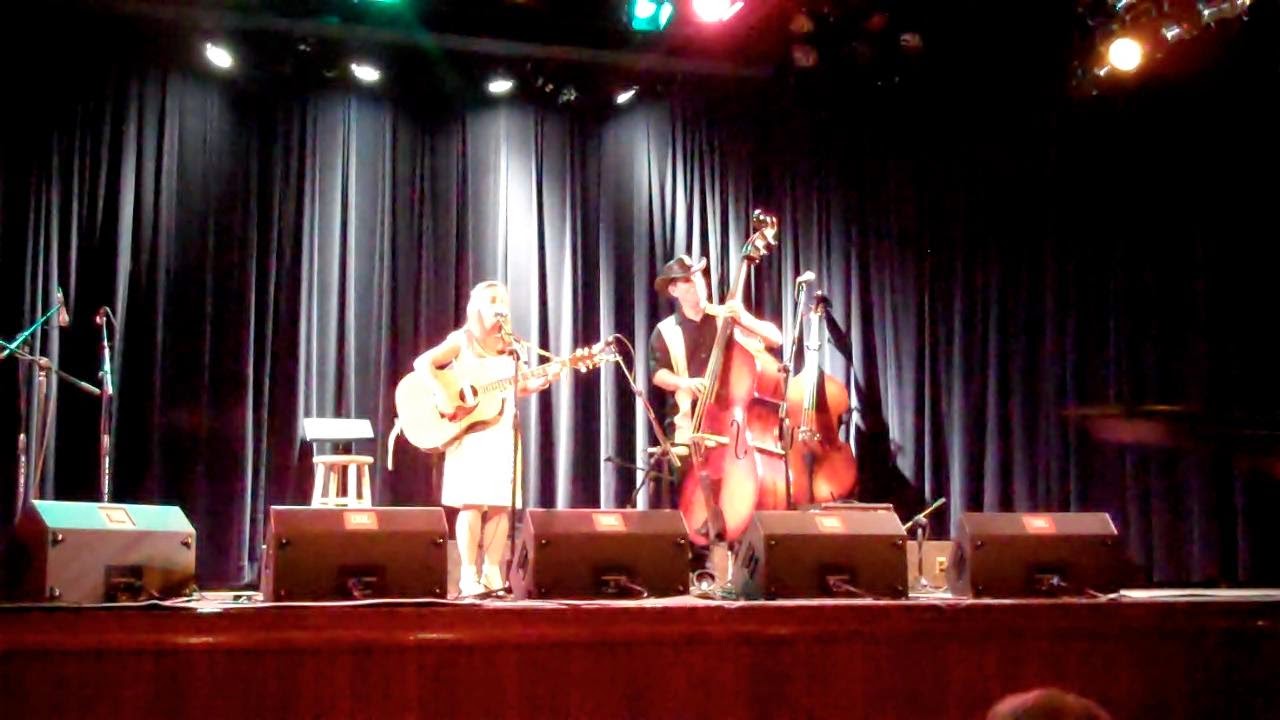 In the weeks leading up to the showcase, Craig and I traded nightmares - when we weren't plagued with insomnia. We worried. We imagined every worst-case scenario.  And we rehearsed our set over and over and over again.

I was prepared to be in awe of the venue: The Big Room at the Sierra Nevada Brewery in Chico. It's a premiere venue, designed for music, beautifully appointed. And the sweet aroma of brewing beer hangs in the air. The stage has hosted some of the biggest names in Americana music.

I was prepared to be in awe of the other musicians: Hannah Jane Kyle - a young gal who crafts beautiful tunes and delivers them with tremendous style.  Dan Casamajor, who has been on the music scene since the 1960s and performs delightful folk-rock songs.

I was NOT prepared for the genuinely joyful, supportive atmosphere - the camaraderie and the encouragement that flowed from every corner. All the musicians backstage were talking each other up, offering advice and hugs. Love flowed right back from the audience during the performances and afterward.  We were completely enveloped in a genuine "Celebration" of the Song. The folks in charge deserve a standing ovation for creating such a magical event.

It was a rare treat for us, an evening that has left me smiling and wishing that every songwriter could have that kind of positive, uplifting experience on stage.

I'll being chewing on that possibility for awhile.

We debuted a new song last night -- here's a chorus of Cryin' Highway -- captured just before the video camera batteries gasped their last:

Posted by Erin at 1:47 PM No comments: Links to this post

The Answer: Because of The Nipple Shirt

The question: Why does Still Married do dress rehearsals before a gig?

It was about ten years ago, when Craig and I first started playing together as a duo, we were practicing for a gig. I was wearing a brown and beige embroidered blouse from India. In person, the shirt was lovely. But we shot some video of our rehearsal and it turns out the embroidery, the color and the lighting combined to create a rather pornographic mirage.  It looked like I was naked from the waist up -- and because of the strategically-placed brown flowers -- that I had very large, dark nipples.

That shirt, henceforth and evermore known as: "The Nipple Shirt," made its way to the Salvation Army. And Craig and I committed to dress rehearsals ever since.

We are stoked for our gig tonight at the Sierra Nevada Brewing Company - thrilled to share the stage with talented songwriters and to have a chance to perform our tunes in a first-class venue.

Here's clip of our dress rehearsal on Sunday - with nary a nipple (imaginary or otherwise) in sight.


Posted by Erin at 7:00 AM No comments: Links to this post

Our CDs are available locally at Wrap-N-Pack and below:

Erin
Cottonwood, CA, United States
I'm a singer-songwriter, 50% of Still Married (that's our band), Notary Public and partner at Wrap-N-Pack in Redding, where "Shipping's a snap."